"If I could Forgive Myself" written by Nini Camps, Garrison Starr and Andrew Rollins. Performed by Hayden Panettiere (Juliette Barnes). Placement: Nashville

"Save It All" written by Nini Camps, Marie Hines and Nini Camps. Performed by Marie Hines. Produced by Gerald O'Brien . Placement: The Fosters 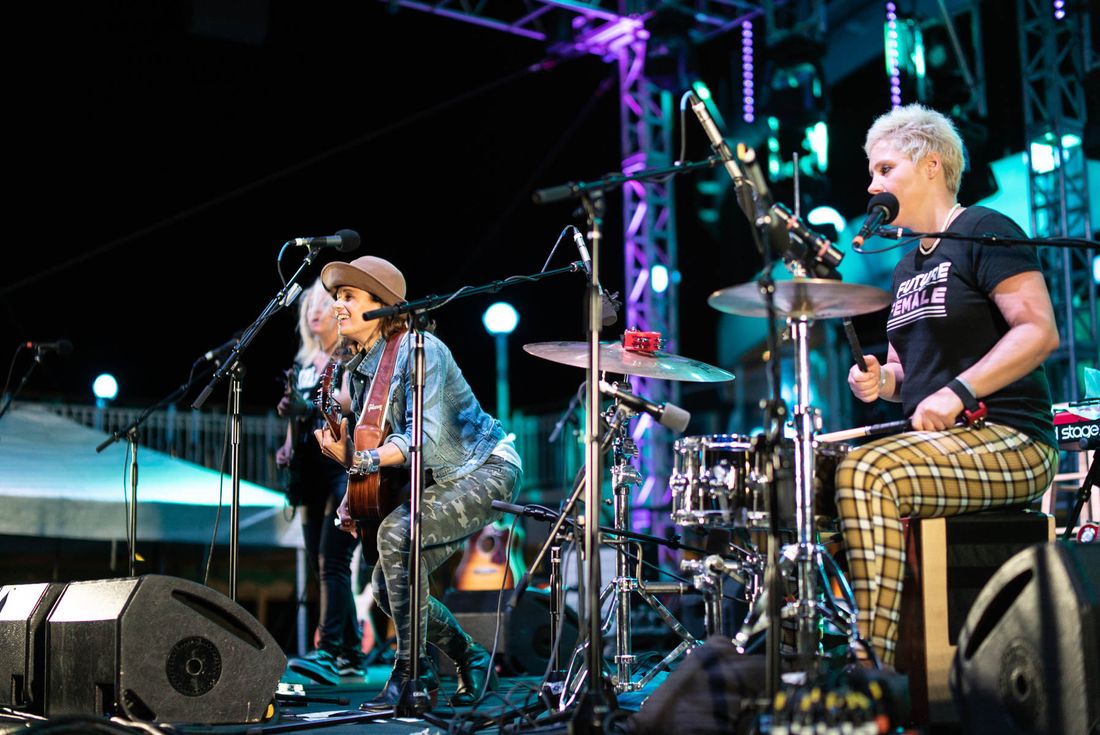 Antigone Rising is an Americana trio comprised of Nini Camps, Cathy Henderson and Kristen Ellis-Henderson who have established a reputation for being true to themselves. While the New York trio’s high-energy performances have earned the long term devotion of fans, it is the band's social activism that continues to push the group forward. The band's nonprofit, Girls Rising, has taken the group around the world on a musical mission to empower and inspire girls to be all they can be and their  annual music festival hosting both established and up and coming female artists is one of the only music festivals in the world of its kind.

Early on, Antigone Rising established a reputation as a grassroots touring band, with a tour calendar packed year round. By 2003, their independent success landed them a record contract with Warner Music Group’s Lava Records. Their major label debut, From the Ground Up, became one of the first releases marketed through Starbucks chains nationwide, selling over a half million copies. After touring with The Rolling Stones, Aerosmith, The Allman Brothers and more, a corporate shake up led them band back to the indie world, loyal fanbase intact. That loyal fanbase has continued to support the band's efforts for the past twelve years.

In 2021, the band will release a digital download package of all their latest work. Several songs were recorded prior to the Covid shut down, silently waiting on the shelf for a proper debut. The band added a few additional songs to the collection during the downtime of the pandemic, each recording from their own home studios to get it done.